The financial crisis in American higher ed: I’ve been tracking this for more than a decade, and the thing keeps shambling on, without an end in sight.  I’ve been blogging, speaking, and writing about the causes and mechanisms, most of which are easy to grasp.  Awareness that academia is actually in crisis seems to be growing, at least.  But we’re still struggling mightily, and the implications reach throughout colleges and universities.

Let me update you on this crisis* through two stories.  Both are focused on the humanities.  Each exists on a different scale.

First, the larger story concerns the ongoing nightmare of humanities jobs.  Simply put, a long-term trend is continuing: research universities producing even more PhDs, while the number of available academic positions falls.  This is according to new American Academy of Arts and Sciences research.

It’s a question of supply and demand, really.  Here’s the demand side:

Notice that some of the humanities have experienced a gentle decline since 2000 or so, like religion.  Some experienced a sudden upward spike around the Great Recession, then fell off drastically.  English and “languages other than English” have collapsed.  Classical studies trundles along with fewer than 200 positions available.

On the supply side, in the face of this data, American universities are pumping out even more PhDs:

“Humanities programs awarded 5,891 doctoral degrees in 2015—the largest number recorded in data that extend back to 1987…”

Comparing freshly minted PhD numbers with job numbers is left as an exercise for the reader (1,000 historians for 750 positions, etc).  Please bear in mind that this exercise does not include other job applicants, such as last year’s grads, and so on, as Bob Weisbuch observes.

The results are well known: swelling numbers of adjuncts, paid horribly; well stocked discussion sections and writing labs; rising interest in Alt-Ac careers.  You can read instances of these in the IHE article’s comments thread. 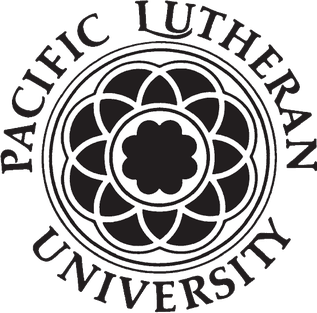 Second, here’s a smaller story about one single university on America’s west coast.  Pacific Lutheran University is considering cutting a number of faculty.

Within three years, 31 faculty members [out of 376] could lose their jobs and two areas of study be eliminated or reduced, if the university’s board of regents approves of the recommendations in December.

What’s the motivation?  Say it with me, please: declining enrollment.

The proposed cuts were blamed on declining enrollment over more than a decade without a corresponding cut in the number of professors at the university, which celebrated its 125th anniversary last year.

PLU had nearly 3,100 graduate and undergraduate students this past academic year, about 600 fewer than in 2005. During that decade, the number of faculty remained the same, Acting President Allan Belton said.

Note the timespan for the decline: more than 10 years.   This isn’t a blip, not a short-term artifact of the 2008 financial spasm.

And which departments are most in the line of fire?

A major and minor in the classics would be eliminated and a major in Nordic studies reduced to a minor under the plan suggested by the 20-member Faculty Joint Committee, which was convened last year to address PLU’s budget issues.

I am not on the ground at Parkland, nor could I find official statements on the PLU news site, so my local knowledge is limited.  Yet I can’t help but think this proposal could also be an inducement for some faculty to retire, so that they can be replaced by younger and/or adjunct – i.e., cheaper – professors.

Suggested faculty cuts could save about $2.8 million a year, Belton said. The amount is likely to change, depending on which faculty members decide to retire, he said…

Belton said he hopes to avoid involuntary layoffs by enticing professors with a phased retirement program, which so far has been available for those who have worked for the university for 20 years or more.

Opening the program to more faculty could help ease the transition, which Belton expects will take three years.

How much longer will this go on?  Will research universities put a brake on PhD production?  Will colleges and universities in general figure out how to obtain and divert monies to grow a new set of humanities tenure-track positions?  At what point will general interest in the academic humanities bottom out?

And yet for so, so many in higher ed things are just rosy.

*Is “crisis” still the right word?  Some refer to a higher education bubble, which is a more precise term.  Elsewhere I’ve referred to peak higher ed, which is also precise in a different way.

This entry was posted in research topics and tagged queensacrifice. Bookmark the permalink.