How not to write about podcasting

A new article in The New Republic tries and fails, badly, to analyze contemporary podcasting.  Its misfires and problems offer a useful lesson on how to write about podcasting in 2017.

Rather than poking holes into the piece for their own sake or just working through it paragraph by paragraph, I’ll pull out the problematic parts as errors for us all to avoid.

To summarize: Michelle Dean attempts to survey podcasting’s state of play.  One part of the article looks into professional, NPR-ish, post-Serial podcasts, while the other looks at more amateur products.  There’s a conclusion of sorts about the role of podcasts in American life and media. 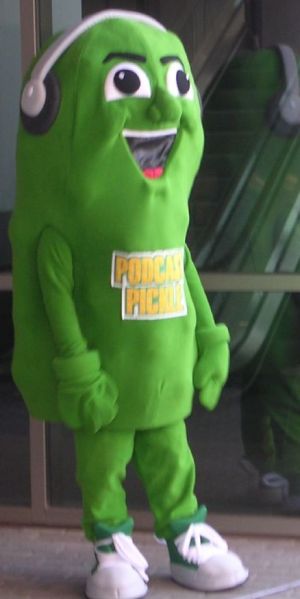 Avoiding the history I find this to be a very popular mistake, actually, as commentators assume podcasting basically began with Serial.  Dean assigns podcasting’s early history to less than a full sentence (“The podcast form has been around since about 2004—it is kissing cousins with the iPod, in that way—but it was only in 2014 that the idea struck gold”), then leaps ahead.  This lets readers skip the first decade+ of podcasting, the years between the form’s appearance (the term was coined in 2004) and the eruption of Serial in 2014.  Thaty does a disservice to pioneers, and also blinds us to the huge variety of invention that happened during that first wave.

It also drops the century of radio history and storytelling via LP, but that’s something nearly everyone avoids.

Overemphasis on NPR-affiliated programs Yes, NPR has copied some of its already-programmed radio broadcast content into mp3s.  Yes, NPR and its allies like This American Life have also made podcast content.  But that’s only one stand of trees in a truly sprawling forest.

Note, too, how Dean underrates non-NPR-ish podcasts.  She often describes them in terms of children, chaos, and failure (see below for more).  This brings us to another problem…

Disdain I’m nor sure why Dean sneers at podcasts, but she truly likes doing so, at least in this piece.  She thinks podcasters and listeners are childish: “The host and listener are like children counting marbles, things that have little or no value to others but that seem priceless to those engaged in the counting.”  She categorizes some unidentified portion of the form as unserious: “sometimes it’s hard to draw a line between the specific and the trivial.”

Above all Dean chooses to open her article not with Serial or any of her other preferred “prestige” podcasts but with a detailed account of one less well known, peering straight down her nose at the curious folk beneath:

the highlight [of Up and Vanished] so far has been episode four, in which our host goes to dig up a small mound of dirt, prompted by a random tip. He doesn’t find much. Two days later, the cops dig around the same small mound of dirt and find some bones and a pair of panties. “How in the world did we miss that?” the hapless Lindsey puzzles. Moments of futility like that comprise at least half of this strange little show.

That is the most detail Dean assigns to any particular podcast’s contents.  And that’s what she chooses to see as Up and Vanished’s “highlight”.

Then there’s this odd line: “Narrative structure is often immaterial to the appreciation of the form.”  Is she saying podcasts are not structured, or that listeners don’t care about form, or…?

Perhaps this sneering attitude is based on Dean’s preference for another medium, television.  (I’m guessing based on the majority of her other writing for New Republic) Does it stem from a desire to be skeptical of novelty (remember her avoidance of podcasting’s actual history; see above)?  I’m not sure, but would like to advise commentators to be more open to a storytelling form’s creative possibilities.

Getting audience wrong, 1 When an audience is emerging quickly and is also hard to research, it’s important to resist easy characterizations.  Which is why Dean’s depiction of listeners is a problem: “Podcast listening carries with it a faint aura of cultural snobbery, a notion that to cue up an episode is to do something highbrow and personally enriching…” This is the obverse of her own disdain, a projection onto listeners of hauteur. Dean offers no evidence for this.  I couldn’t find any, but that might be because I’m devoting some of my podcast listening time to shows about horror and science fiction comedy.

Related to this weird charge of snobbery is a blinkered and perhaps self-referential view of podcasting’s audience:

Now, in the comfortable, educated, middle-class households of America, podcasts slot pleasantly into the routine of daily life. They help pass the time commuting on a crowded train or cleaning the bathroom. The experience lies somewhere between binge-listening and background noise.

Again, there’s no evidence for this in the article.  Moreover, the author doesn’t try to show that working-class or poor people don’t listen to podcasts, nor to explain why the rich prefer other story forms.  I hope those of us writing about podcasting can try to be more sanguine about the audience.

Getting audience wrong, 2  Podcasting is not all about blockbusters, but Dean seems frustrated by this fact.  She offers a quick sketch of specialty programs, from one on silage to another for Satanists, then concludes: “One gets the impression that for many podcasters, audience size is almost irrelevant.”

That shouldn’t be a problem, at least the way Dean states it.  Apart from breakaway favorites, social media has largely been about connecting producers to audiences, regardless of size.  This has been a staple of blogging, and also appears in podcasting.  Podcasts about Byzantine history or mysterious audiotapes don’t have to attain national prominence to make interested people happy.  Maybe they need to win bigger audiences to improve their business models, which is a good topic, but not one Dean is interested in (see below).

Again, Dean wants podcasting to be like public radio:

Beamed out to a broad audience whose choices in programming are limited by their physical location and the time of day they tune in, radio aimed from the start to reach anyone and everyone who happened to be listening. It couldn’t be too weird or off-kilter; it couldn’t be about individual obsession. It had to be about the shared stuff of public life.

This is simply a category error.  We’d do best to write about podcasting as podcasting, not a failed attempt to mimic something else.

Misunderstanding the industry as an industry  For Dean it’s important to fit podcasts into a public radio slot.  Towards the end of her piece she skews away from discussing podcasts per se to worry (rightly) about Trump and other Republicans’ desire to end or cut loose NPR.  Yet it’s a weird discussion, since Dean wants to gesture towards economics (federal government and local affiliate support) without actually mentioning the actual economics of podcasting.

She writes about prestige (mentioned six times in the piece by my count) as though that’s what keeps audio afloat, perhaps as a gesture of ritual wish-fulfillment (clap your hands if you believe in podcasts!).  Yet Dean says nothing about advertising, crowdfunding, charging for downloads, institutional subvention, or sponsorship: the actual ways podcasts support themselves.  She also skips the way many non-NPR-ish podcasters create their shows from sheer love and their own resources.

This is a strangely narrow look at the field.  Writing about podcasts, we’d do well to keep that full panoply of business models in mind.

Avoiding the technology For Dean podcasting exists solely on iTunes.  I know that that’s what Apple would like us to think, but that’s only one half of the story, at best.  As far as I can tell nearly every podcast has a web presence.  The web is actually a fine place to listen to podcasts – hence Soundcloud. Additionally, the RSS open standard is what lets us subscribe to podcasts, yet it’s also missing from Dean’s account.  Multiple podcatchers are now in use, from Stitcher on, and they don’t appear in this article.  And I’m not even getting to the distinction between streaming and downloads, the use of YouTube as a podcasting publication site (just add a photo to an audio file and voila! instant video for that ginormous site’s purposes), or the rise of mobile devices for capture, editing, and publication.

Yes, we can dive into a medium’s technological details to any depth and lose some readers.  We can certainly discuss a storytelling form without addressing its material base.  But Dean wants to touch on the tech, with her mentions of the iPod and iTunes as “something like a frontier boomtown right now, teeming with hastily erected new storefronts.”  She just doesn’t take it seriously.  We should.

There are some other passages in this article which caught my critical eye, but from which I can’t derive any useful lessons.  I don’t know why it thinks Malcolm Gladwell’s Revisionist History is “ominously titled”, unless Dean is really frightened of historiographical development.   I really don’t get the piece’s weird, orotund last line: “But the big picture has, so far at least, eluded them.”  Does she want podcasting to somehow reproduce America?  (“the idiosyncrasies of America do not add up to a coherent American life”) . I’m not sure what that would look like, unless, again, she simply means “copying NPR”.  Is she seeing the technology as too geeky for mainstream America to embrace?

To be clear, I’m not saying podcasting shouldn’t be criticized, either in terms of being subject to media analysis nor in terms of faults and areas for improvement being found.  I’ve presented and written about them for years – heck, elsewhere on this laptop are the last page proofs of my digital storytelling book’s new edition, including chapters on podcasts.  But we have to take podcasting seriously when we reflect on it.

Let me conclude with a last point more in line with my technology and futures work. Since podcasting has enjoyed a second boom, perhaps it’s time for a backlash.  That’s classic logic for journalism and commentary, not to mention critics, of turning on something one it attains cultural or commercial success.  We should expect more articles like Dean’s, then.

This entry was posted in podcasts. Bookmark the permalink.

5 Responses to How not to write about podcasting