Yesterday I turned 51 years old.  After writing about a milestone birthday last year, I thought I’d follow up this year.  Consider it an attempt to look at one’s life head on, or a snapshot of a certain stage in life, or an experiment in autobiography. 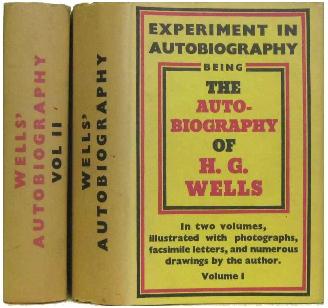 So where do I stand, this side of the half-century mark?  I want to look at the past year, and ahead.

51… it’s strange, as it means I am now in my fifties, in that new decade, that mode of life, that phase.  I’m not sure what to make of it.  My 30s and 40s were a bit more accessible as I waded in, being about real adulthood and middle age, respectively.  The 50s feels like my 20s, an amorphous cloud of getting older.

Talking to people also in their 50s doesn’t help much.  Around half are deeply concerned with their (as they see it) impending retirement, which doesn’t work for me.  For one, I’m still not convinced I’ll be able to retire (not enough money, the chance of social service cutbacks).  For another, these people speak longingly of their post-work (or post full time work) life, mentally withdrawing from their present concerns either implicitly or explicitly.  “Ah, I won’t have to worry about [important thing X] because I’ll be retired by them,” is a common refrain, expressed with mixture of awkwardness and delight.  I can’t connect with that, since I’m so deeply immersed in my professional life.

The other half say little about being in their 50s, and instead just keep going.  Sometimes they mention getting older as a general thing, not tied to a specific life epoch.  I feel more sympathy with this point of view, but don’t learn much.

Instead of talking with peers, I can compare the quinquagenarian reality against cultural expectations. So far some things about heading past 50 are not far removed from what I’ve been led to expect.  Others veer from the norm.

The fifties are supposed to be an acme of professional success… or the opposite.  If the retirement age is 65, this is the last gloriously productive time for some people and in some fields.  Here’s when one can become a sought-after expert, or the bitter elder complaining about how much better things were done in their time.  Here’s when you can get shunted aside or elevated to power.

As an independent, I’ve experienced both sides of this.  Not being part of an institution, I don’t get to deal with office politics, which is definitely a blessing, but I do experience it refracted through the work I do with institutions.  I’ve been approached as an expert, which is gratifying, and also ignored, which can be infuriating.  Probably I should expect more of this for the next nine years.

As part of professional life I’m making more stuff.  Besides this blog (which is coming up on 1,000 posts!), I write articles, book chapters, and books.  I create the monthly FTTE report for around 1,900 subscribers. I make/facilitate/cat-herd the weekly Future Trends Forum, which yields a massive YouTube playlist (coming up on 100 recordings).  I take and share photos (Flickr, Instagram).  Over the past year I organized a lot of this work under the Future of Education Observatory header.  And the podcast is germinating.  Making stuff is something I want to do, as I wrote a year ago, and I enjoy it immensely.  So this is good.  No sign of slowing down.

On a different front, it’s amazing to see my children in the world.  Our youngest is at college now, and the eldest working in DC.  They are entering into adulthood, which still boggles and delights me.

Hitting the fifties naturally makes me (and most of us) think of health issues, and I hesitate at this point.  I don’t want to be one of stereotypical Those Old People Who Talk About Medical Stuff All The Time (TM).  And I still hesitate at writing about myself (is this a GenX thing?).  But, forging on, for the curious: I still lift weights, typically a daily combo of pull-ups and kettlebell exercises.  I work on the exercise bike every day while reading, or listening to podcasts, working on laptop, or watching a video.  This is satisfying.  I haven’t detected any loss of strength or dexterity, even when navigating sheets of Vermont ice.

There aren’t any signs of memory loss or cognitive impairment.  Instead, I find myself capable of diving more deeply into more memories for greater amounts of time, simply because there are more of them to explore.

Yet red lights are starting to wink on the biometric dashboard.  After a lifetime of 20-20 vision, my eyeballs are starting to betray me.  I’m having a hard time with small print, and can only read on screens, not on paper, late at night.  Apparently the ocular flesh is declining. Optometry and appliances await (and I will happily take suggestions and advice).

My BMI remains high, around 37, despite months of reduced diet and continuous exercise.  Part of this is due to maintaining a weightlifter’s muscle mass, and partly because BMI is silly, but still, I resemble a bear in many ways, not all good.  I’m not sure what to do on this front. At the same time infections, colds, and other illnesses are persisting longer than they used to.  I think (but am not sure) that I also catch them more frequently than I used to.

These last bits are partly due to my punishing work schedule.  Unchanged from last year is my 60-70-hour/week routine, which includes a great deal of travel: one to six trips per month, ranging from regional to transnational.  Also unchanged is the combination of demands: demands from clients (hooray!) and demands from the budget (erm).

I have tried several approaches to reduce this insane schedule.  I raised my rates once more; demand persists, which is flattering, I admit.  I have lobbied clients for doing more  virtual events, but most would rather pay more for the face-to-face experience, which is also flattering.  I fear that my Vermont location, with lame “broadband”, plays a role here.

For readers outside the United States, know that part of the reason for this working madness is working to pay for medical expenses, both current and prospective.   As an independent, I can’t draw on cost savings achieved by institutions – even smaller ones – that realize economies of scale.  We have to buy insurance at higher rates.  Another reason for this manic work routine is unusually American: paying off student debts for three people (although hopefully my daughter will start addressing hers with a new job).  Financialization is not an abstraction, but is instead very personal.

This work schedule is sickening me.  It will likely, at some point, kill me.

What else should we expect from living aged 50-59?

I’m told we’ll become more attached to human relationships, and this seems to be the case.  I feel more deeply connected to my dear wife than ever before, for one.  Friends mean a great deal to me, too.   Colleagues and professional/political allies loom ever larger.  I’m trying to spend more time in person, organizing meetups on the road.

The flip side of deepening relationship interest is rising bitterness over relationship slights and problems.  Over the past year I’ve lost two friends to, well, themselves and their foolishness, and both losses still gnaw at me.  What I perceive as professional attacks or slights gall me, even years later.  And silences from people I thought I had a connection to – emails not replied to, questions unanswered, work disregarded – grate on my nerves more than ever.  Sometimes it’s hard to get away from that anger and frustration.

All of this leads me to go against today’s grain and devote more, not less time to social media.  Remember that I don’t belong to a university, and that my wife and I live in a very remote, underpopulated area.  Social media – and I mean that in the broadest sense, as in old Web 2.0, including podcasts and blogs, plus email and chat – is a lifeline for connections professional, emotional, political, and social.  The rewards are great.

Nostalgia is supposed to increase with age, and I admit that this has some small attraction to me, at times.  Music is one powerful tug.  As with most people, I think, I feel closely tied to the music I listened to as a teenager.  That means a Pandora-destroying mix of classical music (I played cello then), late 70s/early 80s punk, along with a weird brew of early industrial and World Serpent bands.  Most music since then hasn’t made much of an impression, I fear… except over the past decade I’ve gotten heavily into metal (you must click on this), which delights me.  Is that a way of recapturing the epic and fierce energies I loved as a teenager, or a good sign of a brain continuing to learn as it ages?  Perhaps both.

As we age we are, apparently, more likely to be concerned with religion.  Although I’ve studied religion throughout my adult life, I have not been a believer.  Nor have I written or spoken about this.  I’m not going to today, beyond noting that I haven’t bent my steps to a church or holy text lately.

I also confess to that very weird nostalgia some experience for the Cold War, of all things.  The labyrinth of Soviet history, the minutiae and vast terror of atomic war, the arcane wilderness of mirror that were intelligence schemes, the slowly unfurled mysteries of submarine operations are all catnip for me for all kinds of reasons. I can’t get enough of nuclear war movies.  Ostalgie, Yugo-nostalgia, and Soviet chic all make a perverse sense to me.  The incredulity of younger folks just makes it more fun.

This entry was posted in personal. Bookmark the permalink.